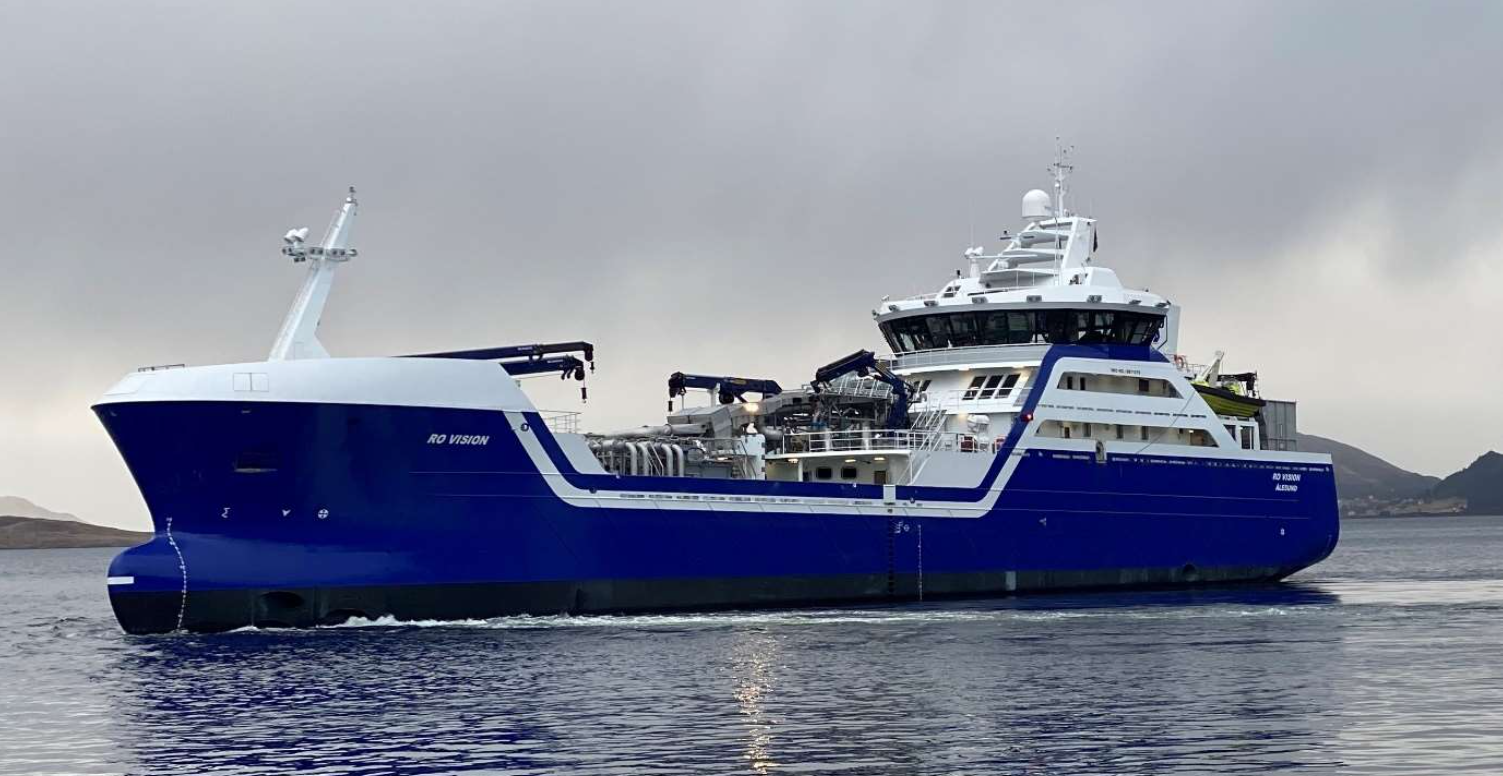 – This year’s winner shows that there is a focus on lower emissions and increased safety, says Minister of Fisheries and Seafood, Odd Emil Ingebrigtsen.
The competition between the nominees has been tough, but now it is announced that the world’s first hybrid live fish carrier(LFC), Ro Vision, has received the award Ship of the Year 2020.
– This year’s Ship of the Year has a hybrid propulsion solution and is equipped with the latest technology for this type of vessel, explains the jury’s leader, editor-in-chief of Skipsrevyen Gustav-Erik Blaalid. Ro Vision will be the standard for the company’s new builds. Looking forward, it could be of interest to rebuild existing vessels according to this standard. The total environmental benefit will be great, says Blaalid.Furthermore, the award is a great recognition to the LFC industry which has given Norwegian ship technology and design a world leading status, says Blaalid.

The Story of Ro Vision
Ro Vision’s story goes back to the pioneer Ro Arctic, which was the first live fish carrier based on the LFC2020 design. This was an Innovation Norway-supported project with the goal to develop the next generation of LFC’s. Ro Arctic was ready in 2014 and had extensive design, analysis and good cooperation between the shipowners Rostein AS and Naviera Orca Chile SA, ship designer Skipskompetanse AS and shipyard Larsnes Mek Verksted AS.
This project was soon followed by an extended and more optimized version of the design in Ro Server. During the years up to 2018, Ro North, Ro West and Ro Fortune were also built based on the design as Ro Server.
The work on Ro Vision was started in 2018 with a goal to extract even more of the knowledge gained from her sister vessels. The vessel was extended and eventually it was decided to replace a generator set with a battery pack of approx. 600 kWh. In all the projects with LFC2020, the collaboration between the design company, ship owner and shipyard has been the key to success. A ship owner company that is involving with their own experience from operations, and a shipyard that contributes with well thought out and carefully planned solutions means that the projects are specially adapted to their goals: to be the world’s best live fish carriers.

Environmental advantage
The live fish carriers in the LFC2020 series have for a long time been desirable in the LFC market, and Ro Vision, together with her sister vessel Ro Venture, has now also set a new standard for an environmentally friendly operating profile by installing a battery pack. It ensures that you can manage with fewer sets of generators in operation. The battery pack supplies power to the switchboard, which distributes to propulsion and other operations of the vessel’s system.

The most prestigious award
Ship of the Year is the industry’s most prestigious award for Norwegian ship technology and innovation, and is rewarded annually to a Norwegian built vessel at a Norwegian shipyard. The readers of Skipsrevyen are the ones who each year nominate the candidates and the jury makes the decision. The partners of Skipsrevyen’s Ship of the Year Award are NME(Norske Maritime Eksportører), NTNU, Norges Rederiforbund, Norsk Industri, Maritime Bergen, Norske Skipsverft og Maritimt Forum.

Skipskompetanse has pursued excellence in environmentally friendly ship operation for a long time, and has in recent years delivered a number of projects with hybrid operation. In 2019, Støttfjord and Trondskjær were delivered with a hybrid propulsion and most recently in July, Cape Arkona embarked on the journey to Australia with a battery pack on board.

Måløy Maritime Group want to congratulate our member Skipskompetanse and of course Ro Vision with this prestigious award! 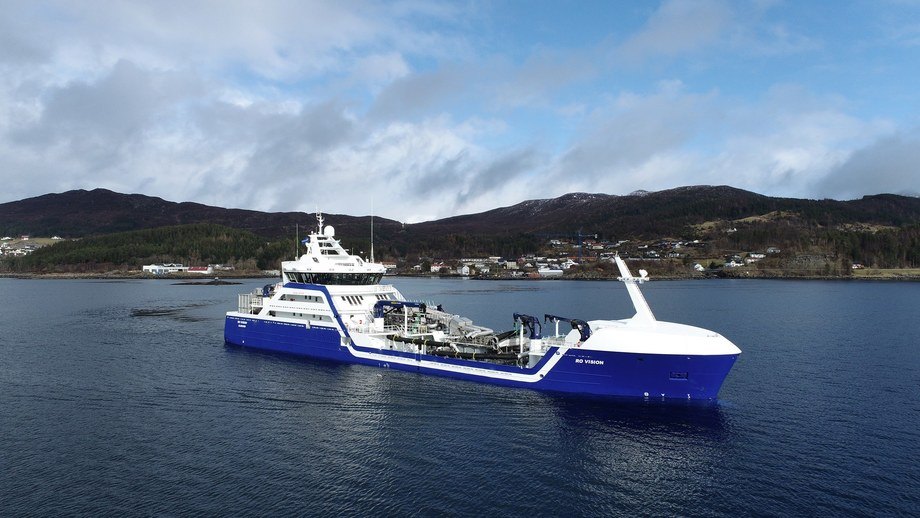